What is Leakware, and What’s the Difference Between Leakware and Ransomware? 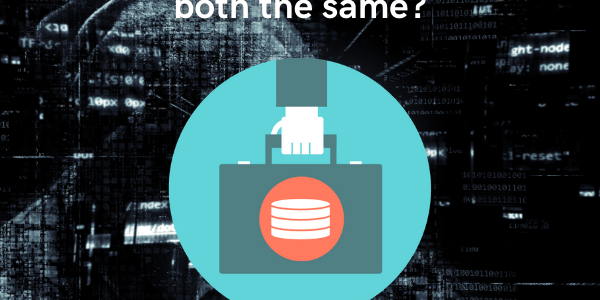 What is a Leakware? Is it the same as a Ransomware attack?

We have already studied what ransomware is and have a detailed blog post on what you should do in case of a ransomware attack. But what exactly is leakware? Let’s study it in depth.

Leakware is seemingly a new strategy that is sometimes used in tandem with a ransomware attack, where the corporation or individual needs to pay the ransom to recover their encrypted data and prevent the dissemination of their information to the public.

But when leakware is used, above and beyond paying the ransom, the affected individual or corporation will also be facing several consequences, such as:

And the list goes on. In some cases, paying a ransom needs to be considered as an option when the leaking of sensitive data can be shown to be a real threat.

Back in July of 2019, the City of Johannesburg became a victim of hard-hitting ransomware attack that left the city without electricity for several days. In October of the same year, a group named Shadow Hackers Group attacked with a leakware, threatened to have the data released online if the city did not pay a ransom of 4 bitcoins, or almost $30,000 of worth at that time.

Who is at the most risk of leakware?

City, State and many times, even National Governments are at a high risk of losing their data through leakware. When a message displays:

Your data has been compromised and will be leaked online if you don’t pay the ransom.

That’s when everything goes downhill! Companies like Yahoo and Dropbox have faced such leakware attacks in the past but in a post COVID19 world, it is the governments that are most vulnerable. This is a situation with far reaching consequences. Here’s a display message, courtesy of KnowBe4:

What Happens if ransom is not paid?

What happens if an individual decides NOT to pay for their personal data? Chances are that the data may or may not be published online. But even in the event it is published, there is usually no additional data relating to third parties that can be attacked. That’s not the case with big corporations.

Today, if freelance websites like Upwork, Fiverr, and ecommerce giants like Amazon and Shopify get hacked, the damage won’t just be limited to the companies. It will be trickled down, and every single individual whose passwords and credit card information was stolen, will feel the financial pain.

And that’s not even the biggest problem with a leakware attack! Even paying the hackers, there still isn’t any guarantee that the data WON’T be published online.

Here’s an interesting food for thought:

The ONLY way to NOT have your personal photos exposed, is not to take them in the first place!

We apologize for being so blunt. But the point is if private photos weren’t taken, there would be zero chances of them getting leaked online.

The same applies to ransomware, as it is important to take steps so that incidents like leakware never happen at all. Prevention is better than cure, as we’ve already discussed it in the previous blog post on antivirus and ransomware protection.

Organizations need to invest in cybersecurity and train their employees on how to deploy the best practices to keep users’ data safe, how can a leakware attack be prevented, and what are the best precautionary measures to remain safe?

Here are some precautionary methods to prevent a leakware attack in the future: